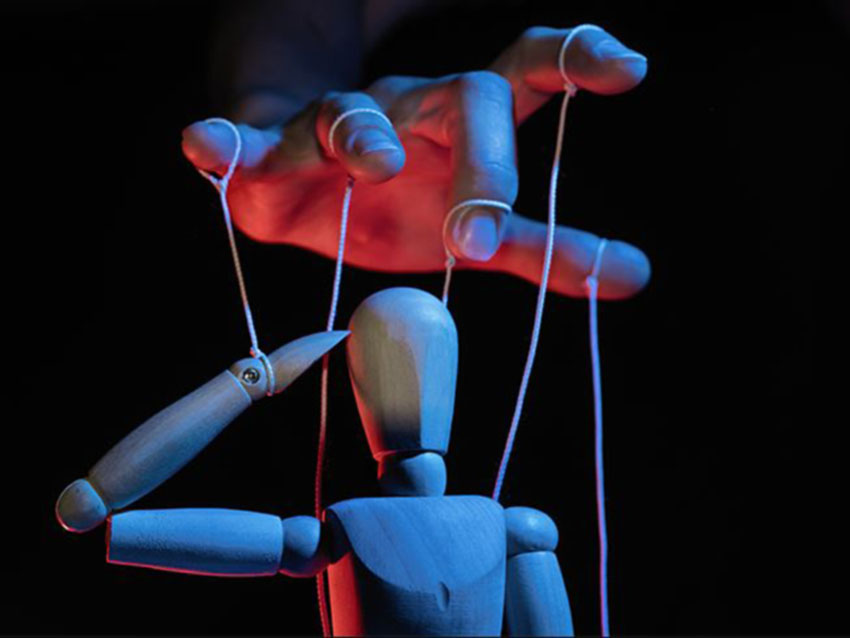 What is a "puppet master"? - The first definition in the Oxford Dictionary is not about the performer/artist with the doll though. It is "a person, group, or country that covertly controls another". I am starting the series in the "history" section, as they are observations of events already in motion or past gone.

Which world are you referring to? - The "developed anglo-saxon western world". Yes, it is a different world, if you put yourself in the, let's say, Chinese or Turkmenistan or Nigerian coordinate system. So mainly the countries of Mid-and-Western Europe, USA, Canada. Some of them are an exception to the picture, but negligible few.

So why a puppet master (PM)? - Are you seriously believing, that your government is entirely "democratically elected" and makes independent decisions, based on the well-being of its own people? If "yes", then this website is not for you. The PM has different names - Deep State, Templar/Mason/Illuminati, etc., but regardless of the name, and whether this particular organization really is THE PM, the main point remains - it exists. He has "THE PLAN". I do not know what exactly the plan is, but I am pretty sure none of us, the common folk, will like it. I believe we will not be very far off, if we assume it involves "total control over the entire planet".

Part 1 - Destroying the middle class
As a puppet master you need sheep. You do not need well educated (and critically thinking), stable and healthy people. They are dangerous to THE PLAN. They may eventually organize and apply some guillotine massage on your neck. The first and very obvious target is the middle class.
1. Inflation, inflation, inflation! First and foremost destroy their financial stability. Printing money solves so many problems. The world operates with your currency, what are they going to do - stop using it? Naah. Problem 1 - well - you print money -> you have money. There is no need to earn them. No need for a working economy. Problem 2 - reduce the price of your working force. Problem 3 - crush any incentive for having some savings. Meeting any unexpected expenditures becomes a really big issue. Problem 4 - you control the inflation rate for other countries, thus controlling their population. Problem 5 - switch the entire banking system from being an saving-interest-investment one to vault-profit-by-fees, so even further pushing the middle class not save a dime. Censor anyone who dares to calculate the inflation in a different way than yours - for example, set the "official rate" to 2.5% regardless and ignoring the the house/rent prices (50%+ over 5 years), food (20%+ over 2 years), and electricity (15%+ during the past year).
2. Destroy the education system. Lower the wages, so mostly incompetent, lazy, worthless people land as teachers. A country where the property-agent, for an hour work, makes more than a teacher per entire year, is doomed. Bad-to-mediocre teachers will lay the best foundation for the future sheep-transformation. They will produce dull, obedient, uninterested, indifferent, passionless students. There will be no motivation for becoming a doctor, scientist, engineer, etc. Devaluate the need for a proper higher education - refer to the property-agent example above. Regardless if your universities enslave people with debt for life or are "free of charge" (but dig deep into the tax-bucket), they should mostly "teach" pointless specialties.
3. Gradually undermine the importance of the family, by spreading wild and ridiculous ideas (like the 30-genders) of how outdated and old-fashioned it is, brainwash how tomorrow it will not be necessary, as we have a better system. Ban the same-sex marriages and turn the two groups against each-other. "Prove" how living without a marriage can be so good. Proclaim hypocritical "equality" for men and women (the Executive job quotas, remember?).

March 2021: For the first time, the title of Miss Silver State USA was awarded to a transgender person. Kataluna Enriquez was crowned in the biggest preliminary competition for the Miss Nevada USA pageant.

4. Create economic state, where young people struggle to get by, and the only way out is getting their heritage. They will hate elderly people. The latter will be put in retirement homes to be neglected and die, while their children move into their house/flat as buying one is all but impossible. Grandparents will of course hate their children for that. They will blame them for "electing" the wrong politicians and destroying their perfect world from the 1980s.
5. Ruin the healthcare system - either make it an unaffordable-scam or underfund it to the point of uselessness. It will dramatically help dealing with the next point.
6. Reduce the local population. Make life impossible for a single-income family. At the same time do not open any kindergartens (see point 2). Grandparents will not help (see point 4) or they will be dead (see point 5). The responsible parents will have 1-2 children at best. The other ... - well, "mission accomplished". You need more of them. Why stop there - make life impossible for a double-income family!
7. Import as many 3rd-world-extremely-poor-people as you can. Mask this as "helping refugees in need". Chances are they cannot even read/write, let alone integrate into your radically different society. Grant them all the benefits of your working class, plus such your natives can only dream of - paying their rent and bills(see point 4), free healthcare, free food, clothes and some income. Their miserable existence will be far better than what they had into their own country, so moving back is out of the question. At the same time, generations after them will be lost to the vicious circle of poverty, low education and life on government aid. Discriminate your locals in favor of the foreigners - if they react somehow, just bash them as racists! Works every time! Ignore anyone asking "the war is over, when are they going back?".
March 2021: Oakland Mayor Libby Schaaf announced race-based program to give families of color $500 monthly checks. Half of the $500 grants will be to families earning under $30,000, in the predominantly 'BIPOC (black, Indigenous and people of color)' East Oakland area. The program, funded by wealthy private donors, explicitly excludes poor white families.

8. Rig the salaries and the social benefits to a level, where it is just pointless to go to work. This will put even more low-middle class people in the v-circle (see point 7). It will kill any self-improvement desires - and why should you even try, if, after all your efforts, you get almost the same as your jobless neighbor?
9. Cut police funding and control until the entire force consist of mostly trigger-happy-goons. Eventually they can suffocate a guy from one color, ignore the riots, so the people from the other color can be even more stressed, scared and hateful towards the other. No-go zones, encourage police brutality, let lose criminals with hundreds of records, political corruption with full impunity, covering up the crime statistics ... you name it - small steps that will force the middle class away or downwards.
10. Make people confront each other for anything - even the stupidest idea (Flat Earth...)(see all points above).
11. Water-down their daily life with mindless entertainment. The children will forget about reading a book or playing out with a friend when the exhausted parents just throw them the flashing tablet.
12. Constantly proclaim the middle class as the backbone of the society, but also increase the direct- and most importantly the indirect-taxes. Reaching the ridiculous levels of 50% should not stop you! You "need" money, you know. Refer to point 1 again.
13. Just for the sake of proper accounting, throw all the collected taxes in bottomless pits as: "bail your friends out when they gamble and lose" ("The Dictator", 2012), helping BigCorpo "to survive the economic crisis" (created by you again), war, refugees, "ecology", generous social benefits for the already-sheep and any other stupid activity you can think of.
14. Ruin small- and mid-sized business. Provide BigCorpo with every single unfair advantage they request, like not paying taxes, being able to hire-fire in a heartbeat, impose any kind of shady corporate tricks "in order to cut cost", let them lie blatantly on why they are reducing the local workforce, and reopen factories on the other side of the world and so on... A pandemic could come in hand here.
15. Constantly brainwash people, that they are living in the best place on Earth and how any other system, different than the Wild-West-Capitalism, has failed.
16. You do not need to directly control all decision-makers. On the other positions just put the most incompetent, self-confident, arrogant, cowardly ass-kissers you can find - they will do the job for you.
17. Use the word "diversity" on every possible occasion.